How Congress is Bribing You to Drive in 2012 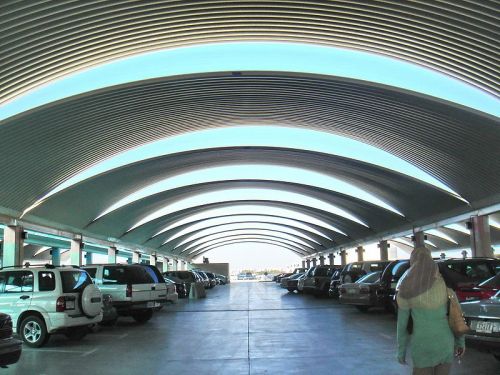 How Congress is Bribing You to Drive in 2012

These are the final few days for public transit riders to receive the same federal transportation benefits as drivers.  Starting on January 1, 2012, the IRS will reduce the allowable pre-tax contributions to transit users while increasing benefits for drivers. This tax subsidy supports car culture with twice the gusto of transit.

The Senate could have extended the transit benefit this week.  But it failed.

Senate Republicans linked the transit benefit extension to a vote that would require Obama to approve or deny the Keystone XL pipeline within 60 days. In response, the editors of the Washington Post ran an  editorial on December 19th claiming Congress is taking Americans for a ride:

“Whether the federal government should give a tax break to workers to help pay for their commutes is a question that is certainly worthy of discussion. What shouldn’t be on the table is giving a bigger edge in any subsidy to those who drive, as opposed to those who use mass transit — since there is no reason to encourage more traffic, more pollution and more gas consumption…increased use of public transportation benefits everyone — even those who choose to drive because there are fewer cars on the road. No such argument can be made in subsidizing the parking costs of those who drive to work. Workers can choose to drive and park — but there is no public interest in government picking up part of the tab.”

The IRS has announced the following limits for pre-tax contributions and reimbursements on 2012 Commuter Benefits Accounts:

This outcome, intended or not, is clear: Congress will be bribing us to drive in 2012.  That is unfortunate news for both public transit agencies and their riders.

History: The American Recovery and Reinvestment Act of 2009 (ARRA) increased the monthly pre-tax reimbursement limit for Commuter Benefit Transit accounts temporarily from $120 to $230. That limit expires on December 31, 2011.

Status: Congress has not acted to extend the current deadline.  Unless they take action by January 1, 2012, the monthly pre-tax contribution and reimbursement limits for transit accounts will drop to $125, roughly half the limit for drivers. There is a small chance, according to Transportation For America, that the benefit could be reinstated within the first few months of 2012.